Variable Award Pricing: The Good, The Bad, and The Ugly 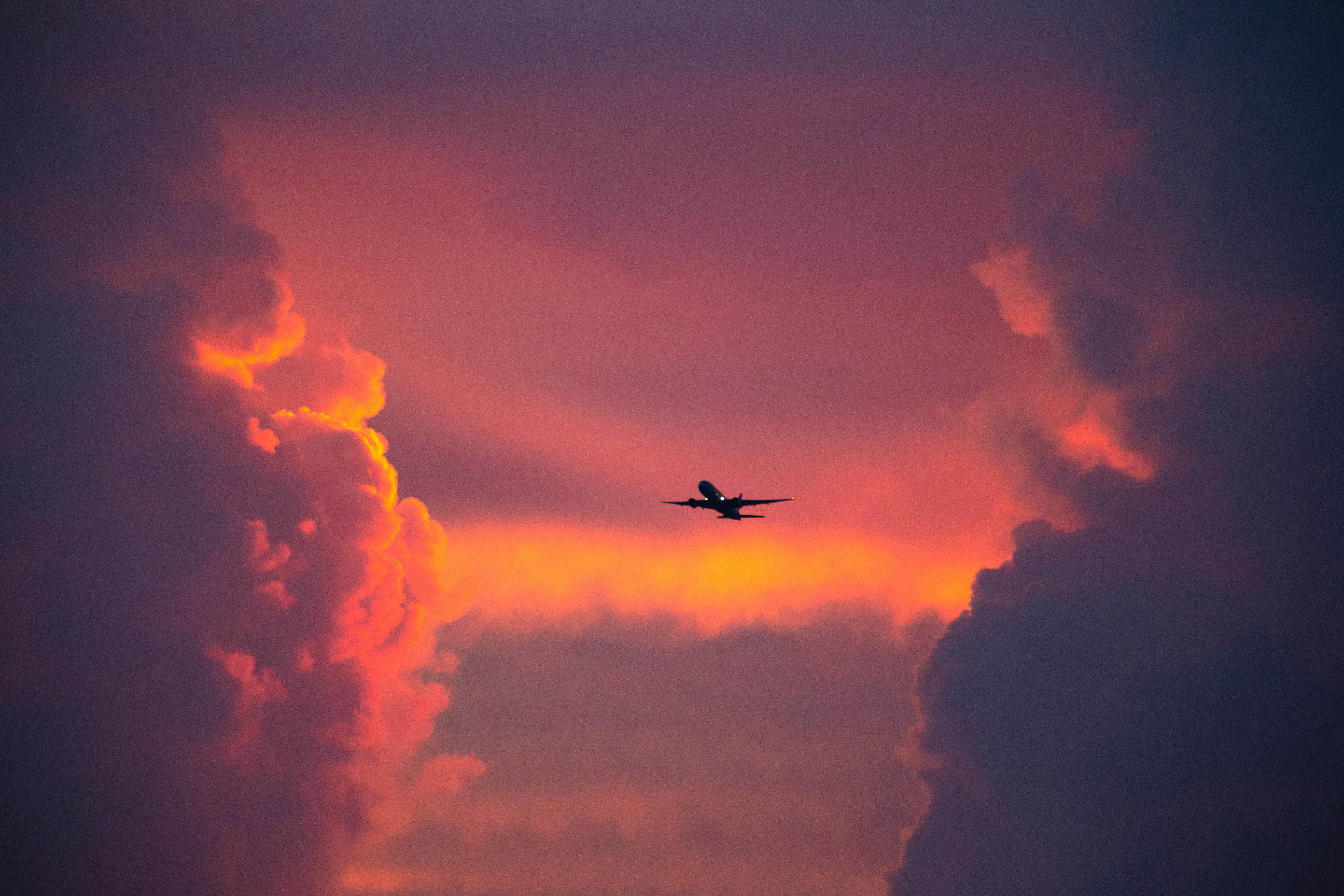 Airline pricing is a tricky subject. Back in the old days, airline tickets had fixed prices. But as technology progressed and competition grew, airlines implemented more sophisticated revenue management systems, resulting in prices that fluctuate on a moment’s notice. Today, you’d be hard pressed to find a single airline that prices its flights based on fixed charts.

When it comes to award tickets, however, progress hasn’t been as fast. Up until just a few years ago, nearly all frequent flyer programs (with the exception of those that were fully revenue based) priced their award tickets based on fixed charts. Departure zone, destination zone, and class of service determined the cost of your award ticket.

For mileage aficionados, the more complex and hard to understand a frequent flyer program is, the better it is for extracting maximum redemption value. Understanding the nuances of award charts, zone definitions, and routing rules is all part of the fun for the hobbyist who is looking at redeeming the least amount of miles for the most hours in a fully flat seat.

Fixed award charts can, in many ways, be looked at as double edged swords. If redeemed right, your miles will be worth exponentially more than what it cost you to acquire them. Whether that be from credit card spend, flying, or simply buying them outright. If redeemed wrong, your miles may end up becoming worth less than what you acquired them for, or, in some cases, even resulting in a negative value.

One good example of this is All Nippon Airways Mileage Club, which uses a fixed award chart. Let’s compare the following round-trip flights:

This represents a 2.9x difference in points or a 12x difference when looking at paid tickets. Clearly, you wouldn’t want to redeem miles for the New York to LA flights as it would be a poor value, but the fixed award chart can provide some considerable value for Business Class flights to Europe. You’ll find many other similar examples across several programs.

One of the biggest pitfalls of fixed award charts is the availability (or lack thereof). Finding the best value redemption is not easy — especially for the more aspirational First and Business Class awards where availability tends to be scarce. While the frequent flyer hobbyist will enjoy the challenge, the layman who lacks a doctorate in airline miles will very quickly find him/herself frustrated over the lack of availability and may resort to redeeming miles for a poor value redemption — or let the miles expire out of pure spite.

Related: The Entire Process of Booking Award Travel from Start to Finish

Enter the variable award pricing model. Pioneered by Delta in early 2016, this pricing structure resembles that of paid tickets which we all know and love. Similar to paid tickets, the price of an award ticket will be determined by supply and demand. If you book your tickets far in advance, you may have a better chance at paying a lower price, while last-minute bookings often result in a higher price. As with paid tickets, this is not an exact science and you may see unadvertised flash sales or advertised discounts in certain markets at any given moment.

All three major US airlines have implemented variable points pricing to varying degrees. For the most part, Delta’s points prices correlate to the prices of cash tickets, whereas United and American still implement a level of fixed prices that fluctuate to a smaller extent depending on supply and demand.

The benefit of having a variable pricing structure is that more frequent flyer members will be able to use their miles, and those with large account balances will have more flights to book using their miles as long as they are willing to pay a higher price for the added flexibility. Another benefit is the ability to cash in on some incredible deals during one of Delta’s flash sales. While these generally correlate to cheaper cash prices, there are usually more seats available at the low points price than at the low cash price.

For example, Delta has recently been selling its lie-flat Delta One seats between New York-JFK and Bogota for a little as 15,000 SkyMiles each way or 30k round-trip. At one point, the lowest cash ticket was around $420 round-trip, but the prices of the cash ticket fluctuated to a much greater extent than the points pricing depending on the travel dates.

As you can see in the screenshot above, the lowest price for a 7-day trip in January/February 2022 was around $700 round-trip, even though we also saw flights in the $400s for fall travel. And the cash price was maxing out around $1,050 round-trip.

For points pricing, we were still seeing several travel dates for around 30k SkyMiles round-trip for the same 7-day Jan/Feb trips and it maxed out at only 62k miles round-trip. For comparison, the lowest price in points for a Business Class flight between the U.S. and Colombia is typically 50-80k points/miles round-trip with other airline programs that have fixed award charts — and its usually not in a lie-flat seat.

At the extreme, we were able to locate an extremely valuable redemption of SkyMiles for a Jan. 18 - 25 trip in Delta One Business Class.

‍Note: These prices and screenshots were taken within seconds of each other (on April 13, 2021) and are for the exact same seats on the same flights.

Of course, as with cash tickets, these deals are unpredictable, and you’ll have to be flexible and ready to book when they pop-up. Nonetheless, since Delta’s SkyMiles are becoming less valuable as far as standard redemptions go, cashing them in on one of these flash sales is a great way to spend miles in a variable pricing model.

The biggest pitfall of variable award pricing is that, on average, award prices tend to be more expensive. Similar to paid tickets, where the airline may advertise a low fare, very few tickets will actually be sold at this low price and the same goes for award tickets. In the case of United Airlines, it previously offered Business Class tickets to Europe for a fixed rate of 60,000 miles one-way in Business Class. Since United has introduced variable award pricing, 60k miles is still the lowest price to fly in Business Class, but the number of seats available for this price has been greatly reduced.

Secondly, variable award pricing allows the airlines to increase the prices of award tickets with little to no notice. Delta has been notorious for implementing this practice. Previously, a Business Class award ticket between the U.S. and Europe would set you back 75,000 SkyMiles with SkyTeam partner airlines. During the spring of 2020, Delta increased the minimum price to 95,000 SkyMiles. And a few months later, the price was increased once again to a whopping 120,000 SkyMiles. Those who were saving for a summer trip to Europe quickly saw the value of their miles diminish overnight.

Related: Why You Should Change Your Mentality About Frequent Flyer Miles, Points, and Credit Card Rewards

What is the best pricing structure going forward?

Airline loyalty programs are, as the name implies, intended to build and maintain customer loyalty. As airlines have moved towards awarding miles based on revenue spent rather than the actual miles flown, the element of loyalty slowly erodes. What used to set the airlines apart was the disconnect between revenue and reward. By assigning a set dollar value to each mile, airlines will be no different than grocery stores or retailers who typically reward their customers by a percentage of their spend.

Our belief is that variable award pricing will hurt loyalty in the long run. The airline of the 2020s is vastly different from the airline of the 2010s. The airlines of today have morphed into fin-tech companies as they are primarily in the business of selling miles through credit cards and shopping portals rather than transporting passengers.

Fixed award prices makes it easier for the customers to determine what their loyalty is worth and whether or not it’s worth pursuing an aspirational redemption. Increasing prices with little to no notice may drive away customers who feel that their loyalty no longer holds any value. What matters at the end of the day is whether or not the customer feels that he/she is getting sufficient value for the miles earned, be it from flying or credit card spend.

Related: Should You Stay Loyal to One Airline? The Pros and Cons