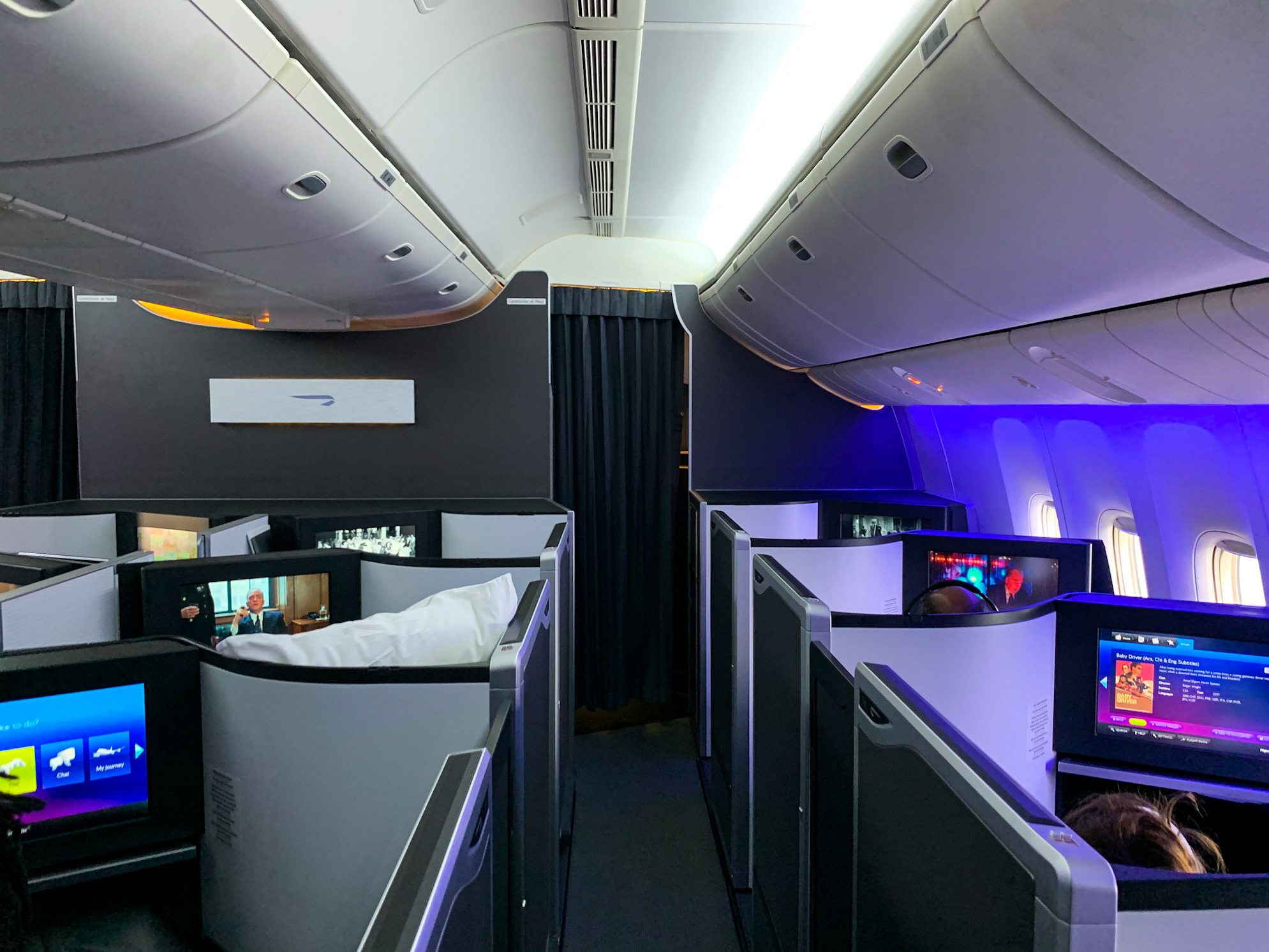 As First Class is becoming increasingly harder to book, our eyes are turned towards Business Class where big advancements have been made both in terms of the actual hard product (seat and cabin) as well as the soft product (food, drinks, and service).

Gone are the days of climbing over a seat mate as today’s Business Class seats have morphed into fully enclosed suites, rivaling the comfort and privacy of many First Class seats.

The 5 Best Airlines to Fly Business Class in the World

While there are plenty of great Business Class seats to fly around the world, in this article, we’ll focus on the best Suites you can book using your reward miles. The routes where you’ll find these products are always subject to change and we hope that these airlines will continue to expand the improved Business Class experience across their networks.

Ranked by many as the world’s best business class, Qatar Airways pioneered its Q-suites back in 2017 setting the standard for what business class seats are to become in the years to come. The suites are arranged in a 1-2-1 configuration with forward and backwards alternating suites. The rear facing window suites offer the highest amount of privacy, and the center suites have the option to be converted into a 4 person suite.

How to Redeem Points and Miles for Qatar Airways Business Class

Where you can fly beyond Doha: Qatar has a worldwide network allowing you to easily connect from North America to several destinations in the Middle East, Africa, India, and Southeast Asia. You can even fly as far as Japan or Australia if you don’t mind taking the long way round.

Related: The 11 Longest Flights in the World (And How to Book with Points and Miles)

All Nippon Airways (ANA) “The Room”

Similar to Qatar’s Q-Suite, ANA’s “The Room” features suites laid out in a forwards and backwards alternating 1-2-1 configuration. The suite itself is by many accounts wide enough to fit two people, though it’s not something that we recommend trying out onboard.

The Room is exclusively available on the airline’s Boeing 777 fleet, with the existing -300ERs being retrofitted as well as the incoming 777-9X, which will be fitted with these cabins from the factory.

How to Redeem Points and Miles for ANA Business Class

Where you can fly beyond Tokyo: While ANA is great for flying nonstop from the US to Japan, it offers good connectivity to other parts of Asia. Mainly Singapore, Bangkok, Ho Chi Minh, and Jakarta as well as to parts of northern Asia.

Related: A Guide to Miles Redemption with ANA Mileage Club

Delta debuted its Delta One Suites to much fanfare with the introduction of its new Airbus A350 in 2017. In doing so, Delta became the first US airline to operate this exceptional aircraft. Since then, the Delta One Suite has been rolled out across the fleet, including on the airline’s Airbus A330 and Boeing 767 fleets, and the now retired Boeing 777.

The suites differ depending on the aircraft as the A330 and 767 have narrower cabins. As a result, the suites are a bit less spacious than those found on the flagship A350. Add to the fact that, on the Boeing 767, the suites don’t feature closing doors, though the privacy screens offer sufficient shielding from prying eyes.

How to Redeem Points and Miles for Delta One Business Class

Where you can fly beyond Atlanta: Delta operates its A350 on routes from its US hubs to Europe and Asia, but occasionally you may be able to catch the aircraft on some domestic routes. For flights between Atlanta, New York and California it’s possible to fly Delta One Suites on the Boeing 767 albeit without the fully enclosing doors.

Best Redemption: Virgin Atlantic Flying Club from 50,000 miles for nonstop flights between US and Continental Europe.

British Airways was the first airline in the world to introduce fully flat seats in business class back in 1998. Its proprietary Club World seat was revolutionary at the time but as time progressed it became increasingly uncompetitive with its 2-4-2 layout, described by many as cramped and lacking in privacy. It was to the surprise of many when British Airways revealed its new Club Suite in 2019 upon delivery of its first Airbus A350-1000.

The Club Suite offers comfort and privacy that rivals that of its First Class, a move that many speculated would signal a gradual phase out of First Class with British Airways. The suite, while not as spacious as First, offers better privacy with its fully enclosed doors and more room for storage, something that was lacking in the old Club World seat and in the current First Class seat. British Airways is currently retrofitting its long-haul fleet with the new Club Suite, which is expected to be completed by the mid 2020s.

How to Redeem Points and Miles for British Airways Business Class

Where you can fly beyond London: The new Club Suites can be found flying to certain destinations in Asia, Africa, and the Middle East, such as Dubai, and we hope to see British Airways expand this product to more routes across its worldwide network in the future.

Related: How to Use Alaska Airlines Mileage Plan

British Airways’ arch rival, Virgin Atlantic, took delivery of its first Airbus A350-1000 in the summer of 2019, shortly after British Airways. In the true spirit of rivalry, Virgin also debuted its Upper Class Suite upon delivery of the new aircraft.

Virgin Atlantic currently features the Upper Class Suites exclusively on its Airbus A350-1000. The key difference, however, is the fact that the doors don’t close all the way, which technically doesn’t make it a fully enclosed suite. The main reason for why is still unclear, but many have speculated that it was made to preserve the airline’s ethos of making the flight a social experience. Hence, why the A350-1000 also features a bar in the rear of the Upper Class cabin.

How to Redeem Points and Miles for Virgin Atlantic Business Class

Where you can fly beyond London: Virgin Atlantic is primarily an airline that focuses on origin and destination traffic and not so much on connecting traffic. As the airline doesn’t operate short haul flights, connections from London are limited. But for those traveling from the US, onward connections are possible to Tel Aviv, Lagos, and Johannesburg, as well as to Amsterdam and Paris with partner airlines Air France and KLM.

Looking to book one of these suites? At Chatflights, we can help you navigate where airlines are currently flying these suites and if there is any availability booking with points and miles. Figuring this out on your own can be a daunting and time consuming task, so chat with one of our award travel experts any time and see how we can maximize your points and miles.