A Guide to Miles Redemption with ANA Mileage Club 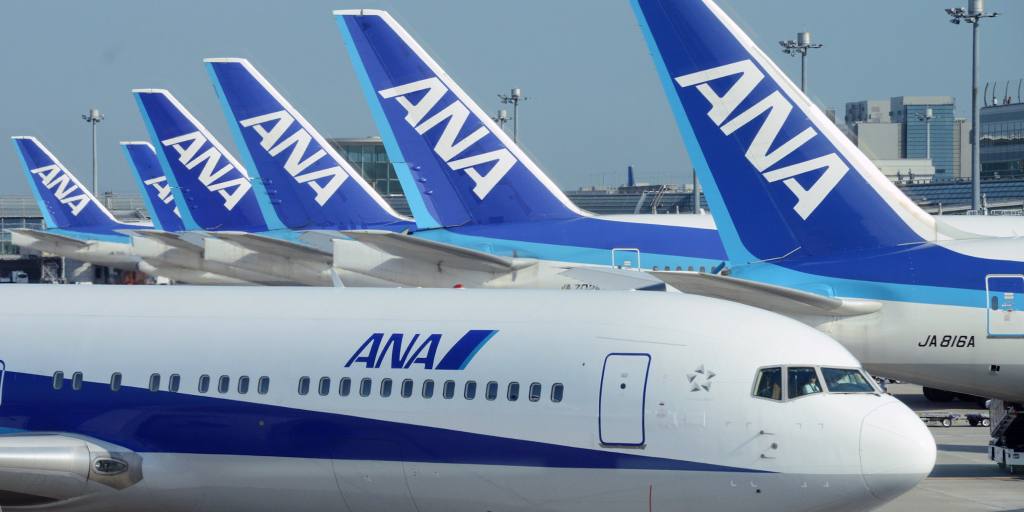 ANA Mileage Club is the frequent flyer program of Japan’s largest airline, All Nippon Airways. The program is a transfer partner to American Express Membership Rewards and is well known for offering some of the cheapest award redemptions between North America and Japan.

In this article, we’ll give you the low-down on ANA. We’ll teach you how to work out the cost of an award ticket, surcharges, credit card points transfers, and the intricacies of ANA's routing rules. Finally, we’ll get into how to best find the award availability you are looking for.

Keep on reading below.

All Nippon Airways Mileage Club is a great program that provides excellent value for the miles, not only for their low award rates but also for the fact that ANA has consistently been ranked as one of the world’s best airlines by Skytrax.

Round-the-world for points is possible

ANA is also one of few airline frequent flyer programs that still offers the opportunity to book round the world awards. The cost in miles is based on the class of travel and the distance flown in miles:

One price for ANA flights and another for Star Alliance

ANA has two separate pricing models, one for itineraries wholly operated by ANA, and one for itineraries that involve flights on other Star Alliance partners. The award chart for ANA operated flights (below) represents excellent value, where a round trip Business Class ticket between North America and Japan can be found for as little as 75,000 miles round-trip, per person.

As you can see in the chart above, ANA adds a level of complexity to their chart by dividing it up into three seasons; low, regular, and high season. Our example above applies for travel during the low season, which, for 2021, runs from Jan 5th to Feb 28th. For full details regarding seasonality, refer to the ANA website.

No seasonality or black-out dates with Star Alliance

ANA is a member of Star Alliance, which means that ANA miles can be used to book award travel with any of the Star Alliance partners. The Star Alliance award chart is priced slightly higher than the ANA award chart, though the prices shown are not subject to any seasonality or blackout dates.

Unlike most North American frequent flyer programs where only airport taxes are charged, ANA Mileage Club passes on carrier-imposed surcharges (also known as fuel surcharges) on to the customer. These can amount to upwards of $1,500 per person depending on the airline, with Lufthansa Group being one of the main culprits.

But some airlines, such as Scandinavian Airlines, Ethiopian Airlines, United Airlines, and Avianca, don’t pass on the full surcharges onto the customer. When flying these carriers, you’ll only end up paying the airport taxes, which are usually around $100-$300 per person for a long haul Business Class redemption.

Use ANA's own website when searching for ANA tickets

All Nippon Airways is generally quite restrictive when it comes to releasing award inventory to partner airlines. Members of ANA Mileage Club — Elite members in particular — have access to more award seats. When searching for ANA award tickets, only use the search engine on ANA’s website (follow the link and then log in to your account).

For Star Alliance awards, however, you may either use the ANA search engine or the United Airlines search engine. The ANA website can be slow at times and doesn’t display all available options so we do recommend that you use the United search engine and note down all the flight numbers. Once you’ve found them, you can always double check that they’re bookable via ANA’s website. Complex itineraries need to be booked over the phone.

Transfers from Amex membership rewards to ANA Mileage Club can take up to 48 hours to clear, and while there is no way to speed up the process, ANA does allow members to hold award tickets for up to 48 hours while waiting for the transfer to clear.

For bookings via the call center, you’ll need your ANA Mileage Club number as well as the PIN-code. Fellow passengers need to be added to the profile in advance, and the process itself can be a bit cumbersome, particularly when children under 12 or unwed partners are involved.

In addition to the Star Alliance award chart, ANA also offers its members the option to book round-the-world redemptions on Star Alliance airlines. The price of the ticket depends on the class of travel as well as the distance flown. Full details can be found using this link. Round-the-world redemptions allow up to 8 stopovers under the condition that travel is in the same direction, e.g. westbound or eastbound. The flown distance determines the price, and the easiest way to calculate the price and distance is by using the Great Circle Mapper.

Two transfers are permitted per outbound and inbound leg. Some degree of backtracking is permitted and while there are no published routing rules, the most logical routing applies, which comes at the agent’s discretion.

All the prices specified in the charts are for round-trip travel. One-way redemptions are not allowed, but may in rare instances be booked for the same price as a round-trip. Open-jaws (arriving at one airport and heading home from another) are possible, and are priced the same as a round-trip ticket.

Round-trip and open-jaw redemptions must originate and return to the same country. This means that you cannot fly out from the US and return to Mexico. There are a few exceptions to the rule, namely the fact that the US and Canada are considered to be one country. Europe is also regarded as one country (excluding Russia, Turkey, and the Ural countries).

Re-routing is not permitted after the ticket has been issued, only time and dates can be changed. If you wish to change the routing of an award ticket, you will need to make a new booking. Cancellations are subject to a 3,000 mile per person penalty fee.

Next: Cathay Pacific Asia Miles, The most useful Oneworld partner

Thanks for spending time with us once again, next up is going to be Cathay Pacific and its Asia Miles program.