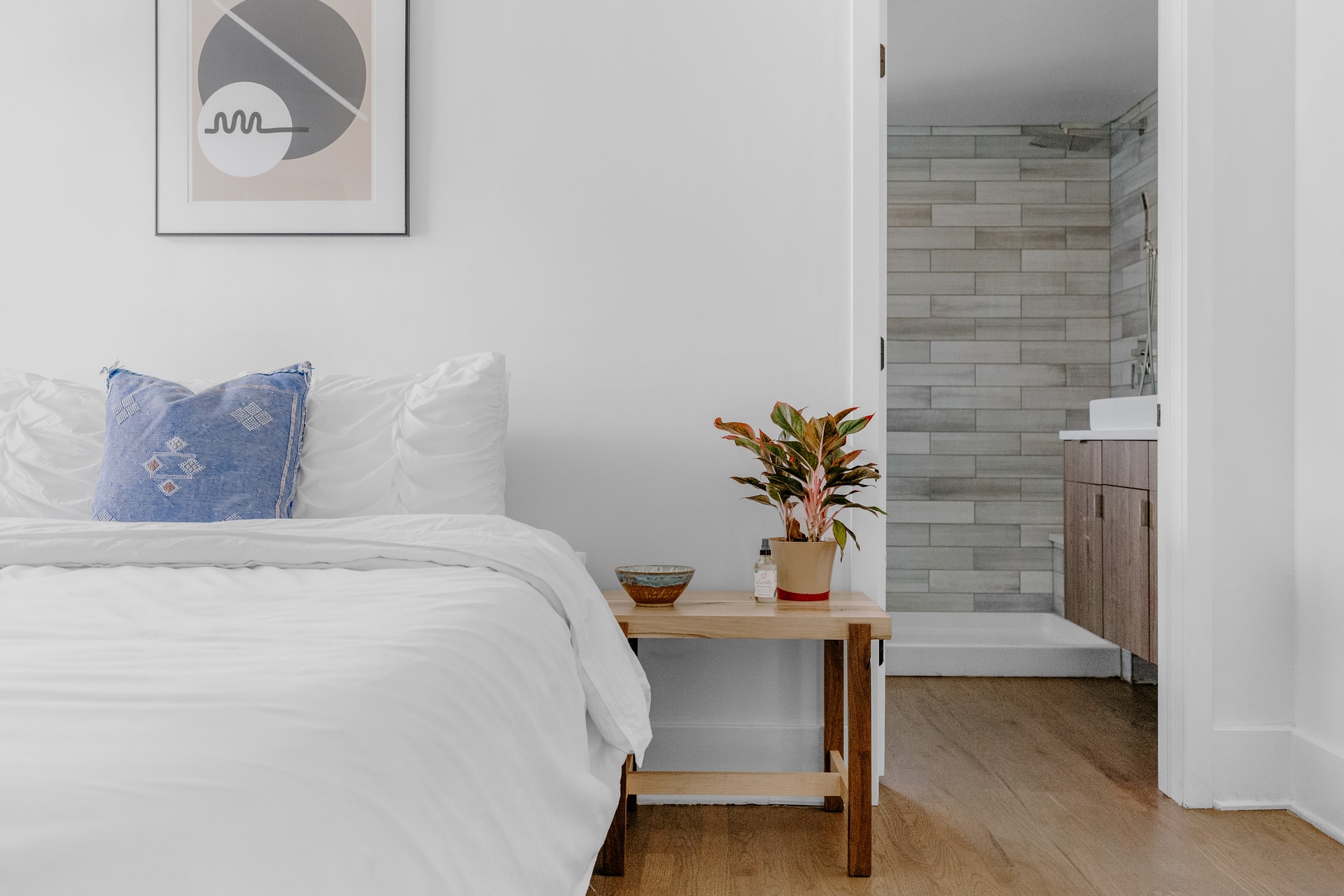 It’s an idea that many of us have romanticized, either while on a holiday or a business trip. Picturing ourselves a life where most of our everyday chores are taken care for us, not having to worry about housekeeping, having a cooked breakfast waiting for you every morning, and sometimes maybe even getting to enjoy a cocktail in the evening. The hotel life is certainly enticing and for some people living full time in hotels is a reality. In this article we will share our tips and insights on what it’s like to live full time in hotels.

The Pandemic Has Made Full Time Hotel Living a Possibility

Back in March of 2020 the covid-19 pandemic turned the travel industry on its head. Across the globe travel ground to a screeching halt, airports that just a month prior were bustling with activity had been rendered ghost towns. Hotels across the world shut their doors, some even for good.

Up until the start of the pandemic airlines and hotels were heavily reliant on business travelers who accounted for the bulk of their revenue. As business travel more or less evaporated overnight airlines and hotels had to find new revenue sources. For the airlines the saving grace was cargo, and with fewer planes in the sky the demand for air cargo skyrocketed, with higher rates as a result. The increase in cargo revenue meant that airlines could operate flights empty of passengers but with a belly full of cargo and still remain somewhat profitable.

For the hotels however, finding a plan B was much more challenging, especially during the months following the start of the pandemic. With many hotels shut in major cities such as New York, Paris and London, the few that chose to remain open were struggling to fill the rooms as travel demand remained at an all time low.

The term staycation became a popular term during the pandemic as travel hungry locals patroned the hotels during the weekends, and while staycations are better suited for the high end luxury hotels the mid-range hotels were still struggling. What many hotels did however, was to rent out rooms on a monthly basis either through published rates or by simply letting customers reach out to the sales manager.

With many offices still shut employees at companies both large and small were no longer confined to their hometown as remote working became the new norm. Being able to work from just about anywhere in the world as long as there’s a reliable internet connection enabled people to realize their dreams of living in a different part of the world. One hotel chain who capitalized on this was Hyatt who launched their promotion ”The Great Relocate” offering monthly rates equivalent to what you’d pay for a NYC apartment at many of their premium and luxury hotels around the world.

Trading your cramped apartment for a month in a suite at the Grand Hyatt Dubai during the winter months is an offer that few people would refuse.

In essence the pandemic has brought forward a new breed of digital nomads. It’s a customer segment that will likely remain beyond the pandemic, giving a new lease of life to the hotels to recoup some of the revenue lost from the business travelers.

Hotel Living: The Good, the Bad, and the Ugly

First off, living in hotels is not for everyone. While there are many benefits to living in a hotel such as having housekeeping, breakfast and sometimes even a light dinner in the executive lounge taken care of, there are also some disadvantages.

You won’t feel like a local: It’s a feeling that many of us have had while staying at an AirBnB while on a holiday. Living in a residential area gives you a sense of connection with the city. Doing something as simple as running down to the local bakery to pick up bagels for breakfast lets you pretend if only for a week that you’re a local in that city. When staying at a hotel that feeling is absent, even when living in the city for months at a time.

Lack of personal space: Hotels can in many ways seem impersonal, especially when you’re spending an extended period of time. When living in an apartment (even if it’s a short term rental) there is always a sense of home when you come back from work after a long day. When getting back to your hotel room it’s sometimes easy to be hit with a slight feeling of emptiness. One way to combat this is to utilize the closets, drawers and storage compartments of the room. Unpack your belongings and get everything organized in the closets, and maybe bring a few items from home, such as a family picture or a decorative item. Creating a sense of home in what’s otherwise a sterile space is essential for your mental well being.

The holiday feeling fades fast: Staying at hotels is something that we’ve done countless of times on holiday or business trips. It’s only natural that we associate being in a hotel as being on a holiday, and it’s easy to drop our daily routines, both as they pretrial to food, exercise and work. When spending an extended period of time in hotels that holiday feeling fades fast and maintaining our regular routines is essential. One complaint that many people make is not having access to a kitchen. As you won’t be able to cook your own food it’s easy to fall into bad and/or expensive eating habits.

What most people don’t know is that many hotels will happily provide you with a small fridge and a microwave on request. While this doesn’t substitute for a full kitchen it makes it easier when shopping in the supermarket, as salads and freshly made meals make a good replacement for home cooked meals both in terms of cost and quality.

Beware noisy neighbors: Living in hotels can bring out the worst in some people especially when they’re in the holiday mood. Loud guests are commonplace at most hotels and it's something that we simply have to live with. The major remedy however, is that unlike that noisy neighbor in your apartment building who you have to live with for years on end, your noisy hotel neighbor may be gone the next day.

The staff will treat you like royalty: Anyone who’s spent more than two weeks at the same hotel will become recognized by the staff, and if you make sure to tip them well you can expect the service thereafter. Having your table reserved in the restaurant for breakfast every morning is great, and more so when the front desk staff delivers mail and packages to your room without even asking for it. Developing a relationship with the staff is a great way to add that extra sense of home when spending extended periods of time at a hotel.

As mentioned before living full time in hotels is not for everyone, especially if you’re a person who loves to spend time at home and cook on a daily basis. For those who are already immersed in the world of frequent travel the transition from traveling on a monthly basis to living full time in hotels won't represent a radical change in lifestyle. For those who aren’t fond of cooking, and who prefer to live with the minimalist philosophy of only owning enough possessions to fit into a carry-on suitcase, living full time in hotels can be an ideal option. At the end of the day it all boils down to our lifestyle choices and personal philosophies, and if you’re in a position to work remotely for a month or two, it doesn’t hurt to give the hotel life a try.